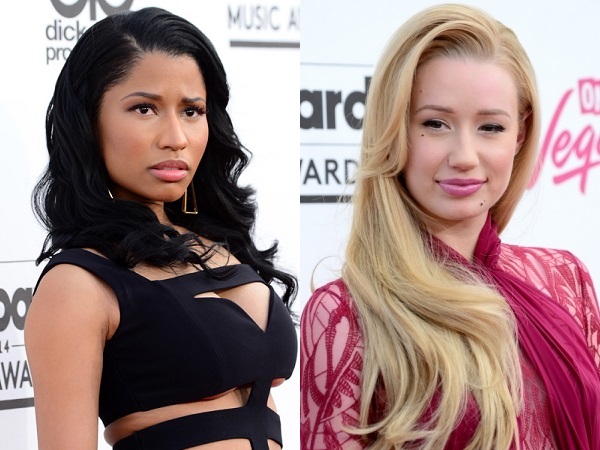 Unless you’re living under a rock, I’m sure you either heard via your twitter timeline or watched the BET Awards last night.

I only peeped it for one reason: Nicki Minaj.

While I missed her performance, I did not miss her winning Best Female Hip Hop Artist for the fifth time.

If you’re a fan of Nicki, one thing you know about the Nickster is that she is not afraid to speak her mind and throw a little shade.

Usually when she says “no shade” or something of that sort she means it on the super low key. But I find the term “no shade” to transfer to “HELLA SHADE! I just don’t want to call anybody out because that’s #noneofmybusiness.”

While accepting her award and giving the longest acceptance speech of all time, she says:

Is it a coincidence that she accepted this award shortly after Iggy Azalea performed?

Now let’s be clear here: I love Iggy. I do. I follow her on twitter so I mean come on! However, she has always had an awkward funky flow with “so so” lyrical talent hat I grew to appreciate because it was her. That was her style.

Remember PU$$Y? That was Iggy. And I appreciated it.

Her recent song with T.I. titled No Mediocre made me question if in fact Tip was “assisting” the Australian beauty with her lyrics.

All I know is, when I heard Iggy’s verse on No Mediocre my eyebrow raised beyond my control. I was thinking:

How TF does Iggy go from rapping off beat to killing a verse?

Nicki has been in the game for a while and I have been rocking with her since about 2007. She has always had the same flow. Same hardcore “I run this” attitude. Even when she was doing pop music.

Do you think it’s a fact or is it fiction that T.I. is ghost writing for Iggly Azalea? Let me know what you think!

By the way, I’m going to just leave this right here….