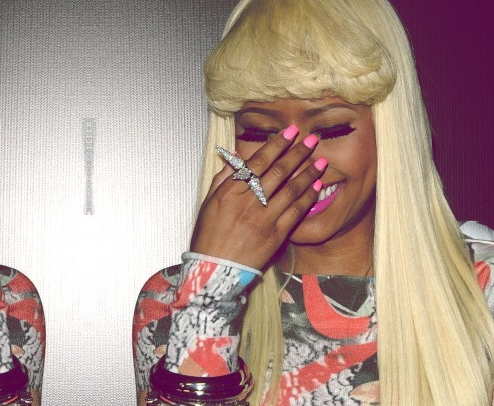 Happy Music Monday! Here you will find the latest in popular music every Monday. 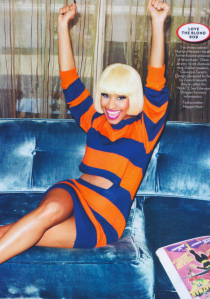 Nicki Minaj has decided to return from her music hiatus and get back on scene. She took a short break and during that time she was a judge on American Idol, her clothing line is moving and making progress, and her perfume has many editions. Anyone that knows me, knows that I’ve been rocking with Nicki since “The Come Up” so you know I’m excited!

One of her return debuts was being featured on Ciara‘s “I’m Out” where she murdered…like slaughtered the entire song. Honestly, if Nicki was not on this song, I’m not sure if it would have been as good.

The thing I love about the Nickster (yes, we’re tight enough for me to give her a nickname) on this track is that she was BRAGGING!

Like what? Stop it. But I love the attitude.

She also has a sappy track with singer Mario titled “Somebody Else” where she’s rapping about relationship issues. I love this track because it’s very real. Admitting that you’re salty because your lover left you for another person. Don’t cry, Mario, happens to the best of us.

How do I know Nicki is gearing up for war?

Because I know her.

Now she’s already on multiple songs that are out right now so you know she’s in the studio doing more features and brewing up another album. She recently put up a video on Instagram of a song that is her featuring someone who sounds like Future. Check it out > http://instagram.com/p/bw9XEqL8TO/

Nicki has had doubters from the first day she stepped on the scene. Due to that, she always delivers fire. Always! I have a feeling this next album is going to be crazy!

Anyone else as excited as me about the return of Nicki? Comment below with your favorite Nicki line!