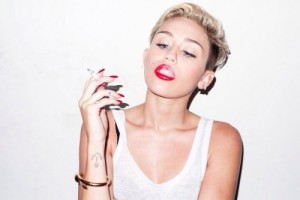 Back to the basics?

Miley Cyrus releases new single from upcoming album Bangerz (set for release on October 8) titled Wrecking Ball. This song is a complete 180 from her last single We Can’t Stop.

In this song Miley is heartbroken over what seems to be a failed relationship. On the other hand, it could be more of a song to the media. Along the lines of her still being in love with making music but on the other hand, she feels hurt that the once loved Miley has quickly turned into the most frowned upon in the industry and nearly left to burn.

Check out this beautiful track and let me know what you think:

If you didn’t know, which I find impossible if you use social media at all, rapper Lil Wayne released his Dedication 5 mixtape featuring T.I., 2 Chainz, and many Young Money/Cash Money artists.

I listened to D5 from top to bottom yesterday and I did enjoy the mixtape. Wayne is giving you typical Wayne and you can’t not appreciate his artistry. The Weeknd, who is set to release his second album “Kiss Land” in just eight days, is on the first track titled “I’m Good”. I love The Weeknd so naturally this is one of my favorite tracks from the tape. We even get a solo track from rapper Lil Chuckee – who we rarely get to see – titled “Before Tunechi Gets Back”. Many were not feeling his track BUT I personally feel like Lil Chuckee snapped (comparing this to his older music). What do you guys think of his track?

Wayne uses the beats from all of the hottest songs of the summer including Type of Way, Started from the Bottom, and UOENO. There are many skits on this tape which is why the tracklist is extensive – including a skit titled “Fortune Teller” which pokes fun at Mack Maine’s verse from Every Girl in the World where he predicted Miley Cyrus to be the show out that we see today.

I anticipated that this tape would be everything after Wayne tweeted in disappointed that he was not nominated or involved in the MTV VMA’s or the BET Awards. He promised fans to work harder and with this tape it seems like he kept his promise.

Can we expect an album from Wayne in early 2014? I think so!

Take a listen to the tape and let me know what your favorite song is: